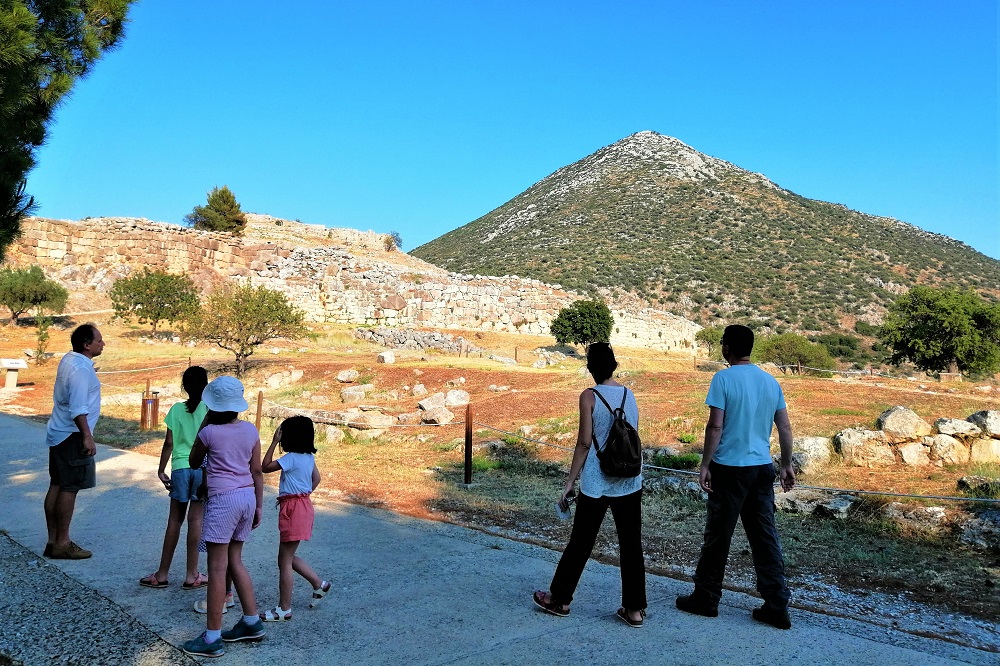 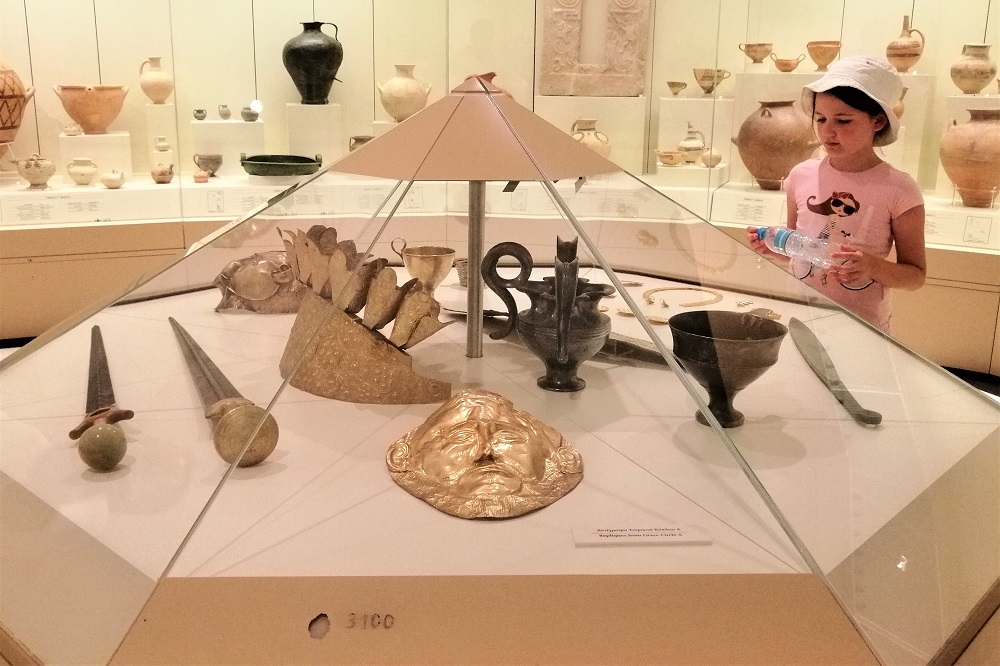 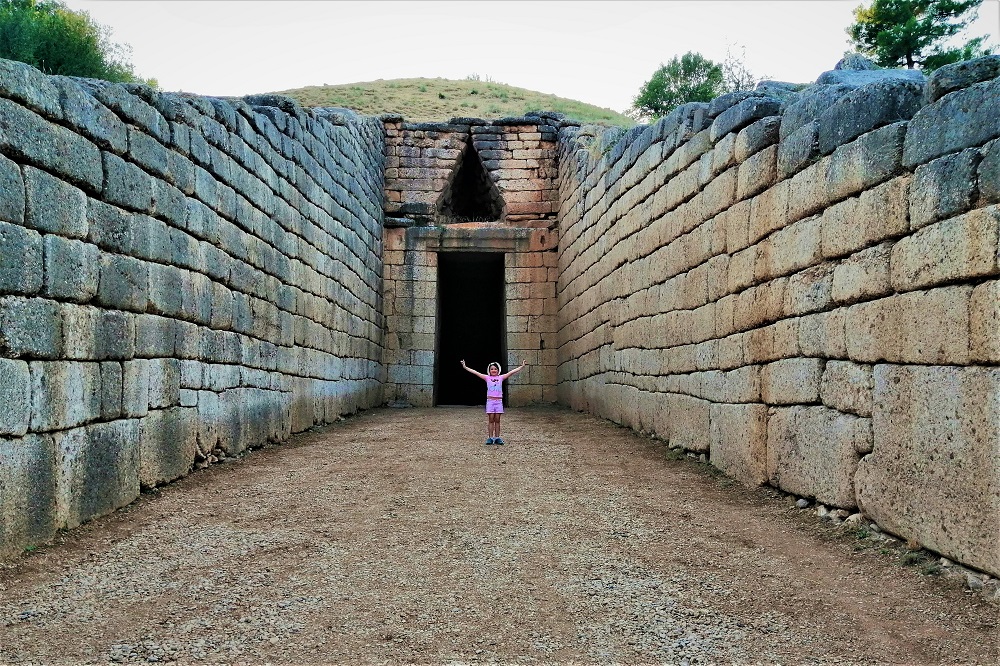 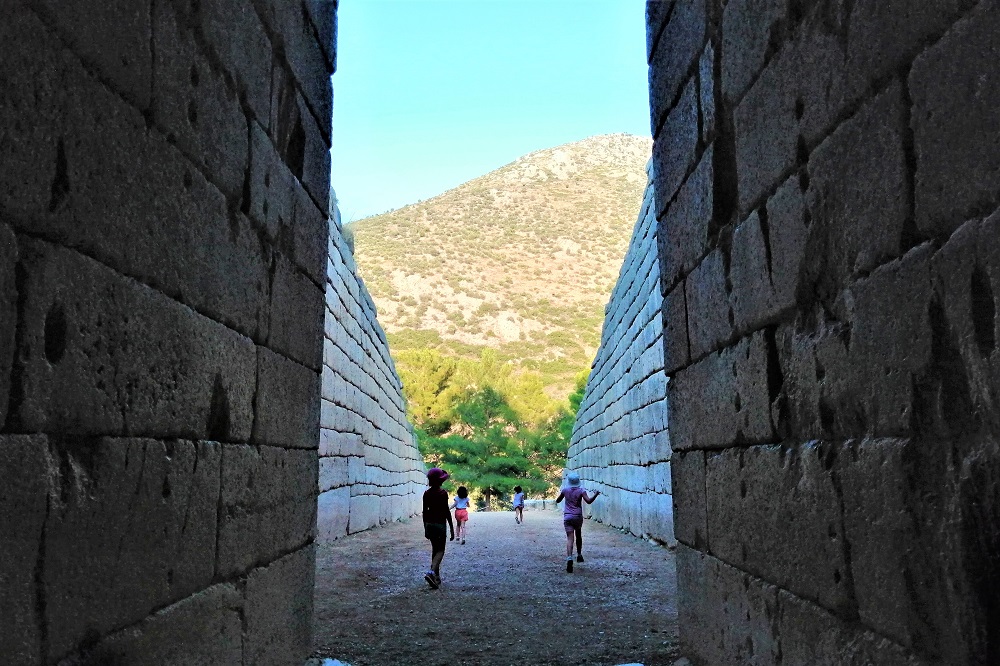 Visit the Mycenae Site and a Ceramic Workshop

The center of the Mycenean civilization, the “rich in gold” as Homer describes, Mycenae was founded by Perseus, the hero who killed the gorgon Medusa. Fortified by the Cyclops, legendary and impressive, Mycenae was the mythical kingdom of King Eurystheus who ordered Hercules to execute the twelve labors and the historical kingdom of Agamemnon, thus the place from which the Trojan War began.

Accompanied by a licensed guide experienced in kids explore the remains of the ancient city of Mycenae a major center of Greek civilization from 1600BC to 1100BC. Step through the Lion Gate and enter the citadel. Try to imagine the life at the palace and the joy that archaeologist Schliemann felt when he revealed a treasure trove of grave burials, today hosted at the National Archaeological Museum of Athens. Do not miss the beehive tombs of Clytemnestra, wife of Agamemnon and the Treasury of Atreus, also referred to as the Tomb of Agamemnon. In the Museum, you will find two models of Mycenae that will help you visualize how the citadel was like in the past and reproductions of the golden burial findings, such as the famous “mask of Agamemnon”.

Then visit a ceramic workshop, learn the techniques of pottery and under the guidance of your instructor try to imitate one of the old ceramics you saw at the archaeological museum of Mycenae. Finally, the ceramic creation is all yours. Put it in the provided box and take it with you as souvenir.

Caution: The archaeological site of Mycenae including the Tombs (located a bit further away) is expansive and it lacks shade (some olive trees can be sporadically found). Wear comfortable shoes and do not forget sunscreen, a sunhat, and a bottle of water.

Tourist guide in the Greek, US and international sign language.

This family private tour is ideal for families with children of all ages and it operates throughout the year. It cannot be booked independently, but as part of a multi-day tailormade trip in the Peloponnese.

Please contact your MAMAKITA family travel specialist to tailor your trip to your family needs, budget and age of kids by filling in this form. We strongly advise you to make your request at least one month before the starting date of your trip, and ideally 3 months in advance, if your travel dates include July and August, the peak months for family vacations in Greece.